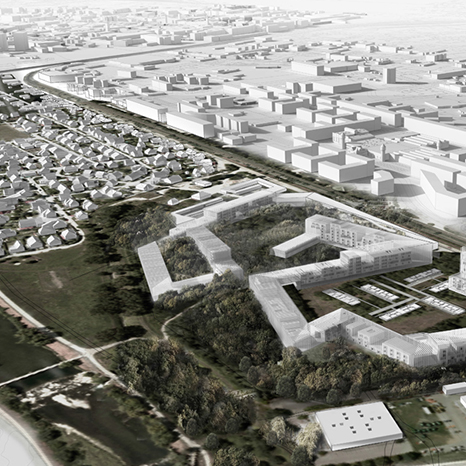 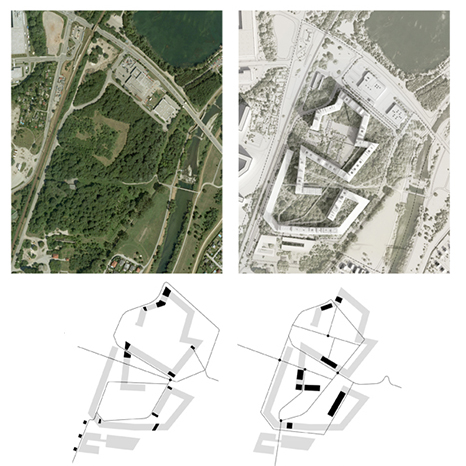 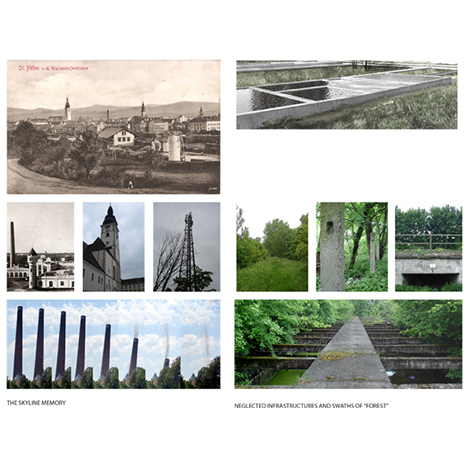 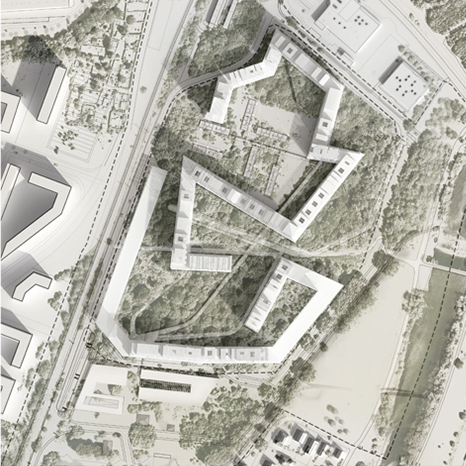 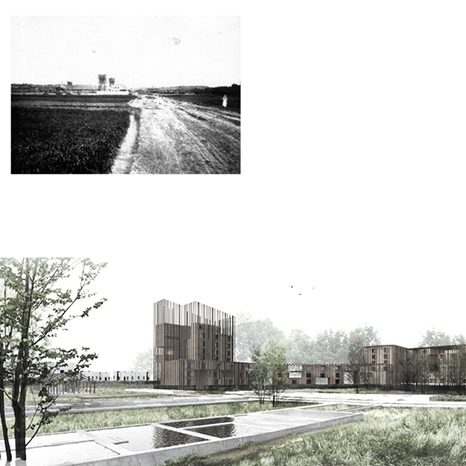 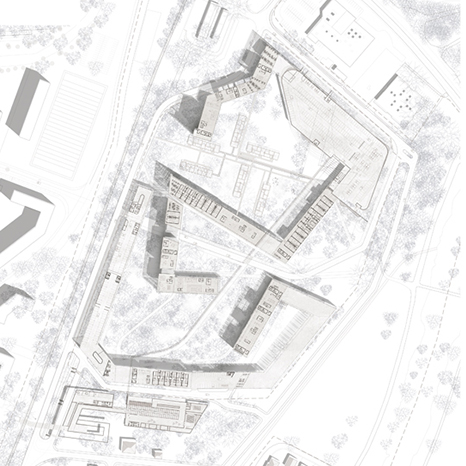 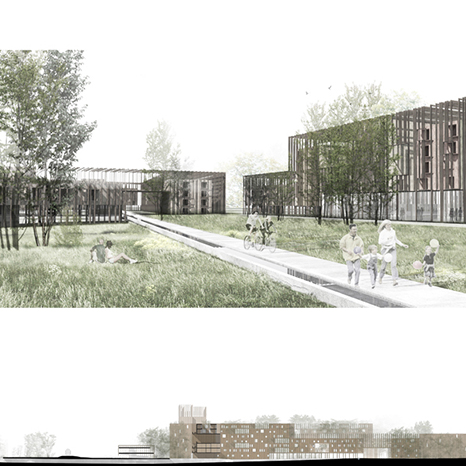 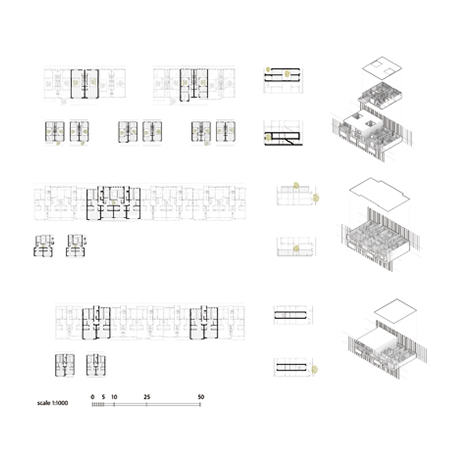 MEMORIA RESUMEN:
Some places seem to be left in no man’s land. They’re like a sort of territories full of tales which resist today as strong as ever to memory and oblivion. The current trend to uncover the historical ground capacities to build the story line of the future city finds a significant challenge when that history presents itself as the stigma of the global injustice. Such is the case of the territory in the Viehofen flood plain, near St. Pölten city, where during the Second World War a forced labour camp once raised. In 1966, when Kurz-Kuefsteinsche Gutsverwaltung, the owner of the Jewish forced camp for labourers from Hungary decided to set up a sand and gravel quarry, seemed to carry out not only an economic activity but a social therapy job that would become that place a real haven of peace. Today the 19,8 hectares of land under the Viehofen Lake give the place a quiet and a hopefully present, full of leisure life and relaxing baths.

The history of the place where the forced camp for ‘labourers from the East European countries’ once stood remains unresolved. As the Viehofen Lake peace, the architecture can make use of that water that floods the ruins and trees to overlap landscapes and times living together in the same space. It is then necessary to build a common thread that concedes every builder or team involved the freedom to act without changing the peace of this unique territory in St. Pölten.

Students and workers could activate the path of memory, beginning at the old factory Glanzstoff, passing by the recovered installations of the purification plant, following the path of the irrigation trench until arriving the mirroring water tanks. In the meantime the inhabitants are able to walk through the area. Each of them lives free in its own world.